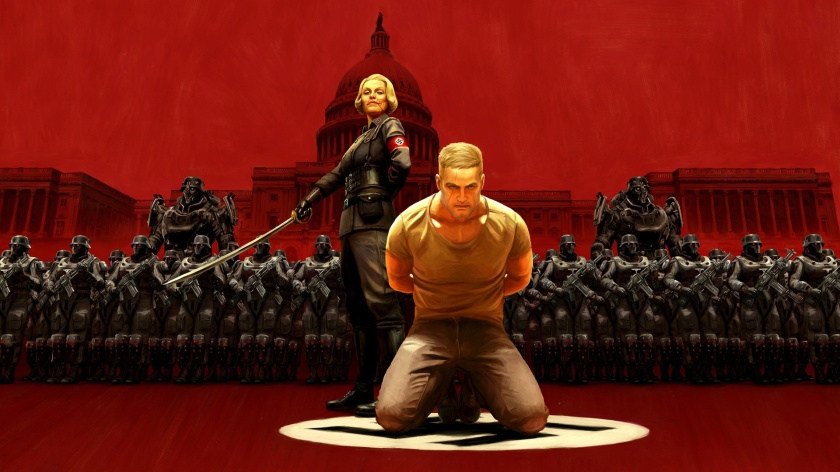 Recently we assisted Goombastomp in crafting their 2017 Game of the Year list. We didn’t agree with all their choices, but had the chance to highlight one of the most surprising games of 2017. Here is what we thought of Wolfenstein 2 and why it made it onto this list.

“Wolfenstein 2: The New Colossus has no right to be as good as it is. I mean, how does a game about killing robot Nazis end up being one of the most emotionally impactful and well written narratives of the year?

Wolfenstein’s 2014 reboot became a bit of a cult classic. For many it went under the radar, but there were several voices in the industry that praised it highly. The 2017 sequel does little to improve upon what The New Order established in regard to gameplay. It was a simple premise to begin with: run through Nazi bunkers and occupied American cities, shooting anything with a swastika. Combat is gory, over the top and fast.

What quantifies The New Colossus’ placing on this list, is its narrative. It’s hard to explain without spoiling some rather impressive and chilling moments. For the most part Wolfenstein II feels like a video game adaptation of Inglorious Bastards. It’s bombastic, gruesome and funny.

Yet, amongst the absurdity, it finds ample opportunity to tell an emotional and thoughtful tale. A story of abuse, racism and mortality. The genuineness of the actors’ performances and the respect shown to the games writing puts Wolfenstein II among the best single player shooters of the generation. (Chris Bowring)”