I’ve never been a massive Assassin’s Creed fan, but there is no denying the impact the series has had on the broader gaming industry.

The promise of Assassin’s Creed 1, the undeniable quality of 2 and the bombardment of sequels we received throughout the last generation (Brotherhood, Revelations, Liberations and Assassin’s Creed 3) set up the series as a household name. Many games have adopted staples of the Assassin’s Creed formula. We saw a revision of its combat in the Batman: Arkham series, its parkour mechanics in Infamous and Middle Earth: Shadow of Mordor, and its formulaic open world layout in almost every Ubisoft title that followed.

Yet interest in the series began to stagnate. In 2014 Unity launched with a litany of bugs and unacceptable performance issues, while also trialing an unsuccessful multiplayer system. The following year Assassin’s Creed: Syndicate released, promising to redeem the series. Its recreation of Victorian London was admirable and the implementation of two playable characters and a grappling hook did spice things up somewhat.

This wasn’t enough. Fans of the series spoke with their wallets and told Ubisoft that this wasn’t working for them. With more ok entries into the series now than great ones, Ubisoft was forced to shake things up. In 2016 Assassin’s Creed’s usual spot was replaced by Watch Dogs 2, and in 2017 the series returned in strength. To many, Origins now stands alongside Black Flag and Brotherhood as one of the best games in the series.

So how did Assassin’s Creed: Origins manage to recapture gamer’s hearts? The Assassin’s Creed series may have inspired many other games back in 2007 and 2009, but the formula had grown stagnant. So Ubisoft looked at the rest of the industry and worked out how to revitalize their most important I.P.

A Touch of The Witcher

The most obvious difference is Origins approach to open world design, something that clearly seems influenced by The Witcher 3: Wild Hunt. For four games we climbed the buildings and towers of Europe, which made the transition to colonial America in Assassin’s Creed 3 and the Caribbean in Assassin’s Creed 4: Black Flag so refreshing. So when Ubisoft decided to once again return to Europe in their next two titles it felt all the more familiar. Surely there were other places in the world to explore. Egypt is a land untouched by most games. It’s rife with endless stretches of desert and the landscape changes fractionally as seasons come and pass. That is why it is all the more exciting that Origins turns Egypt’s vast deserts into a sandbox full of color, life and diversity.

The world no longer follows a formulaic pattern. Yes towers to climb and synchronize still exist, but they do not pepper the map with points of interest to travel to while ignoring the rest of your surroundings.  Much like The Witcher, the world is to be explored, not completed. As you ride through the desert you see a lake in the distance, you traverse over only to find it infested with crocodiles. There is a town on the other side of the river, so you search the shoreline and stumble across a boat. Once you dock at the towns harbor, you see the vibrancy of life that exists there. Guards ride their horses up to a fortress, a farmer is herding some live stock in the distance, children play in the streets, and a man is crying outside his house. You walk over to the man and find that he has a mission for you. Both side missions and main quests can be strangely comical or grippingly dramatic. This dynamic approach to world design, which was popularized by Wild Hunt, makes Egypt the first Assassin’s Creed setting worth exploring in years.

A Sprinkle of Dark Souls 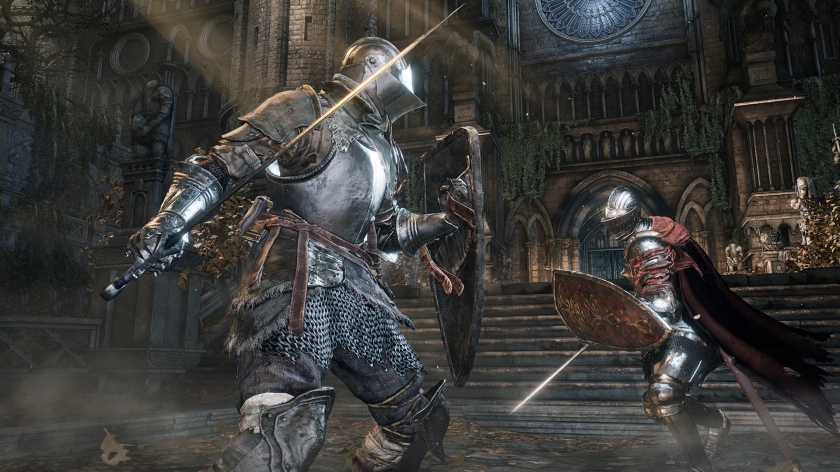 Assassin’s Creed’s combat has been criticized for some time. Being surrounded by guards only to have them attack you one by one in itself isn’t all that fun, nor is realizing that as long as you block at the right time, you’ll never feel any sense of challenge. Well what game has seen mass praise for its rewarding combat? Oh I know, the Souls franchise. Origins combat is seemingly inspired by this series, adding a slightly more cinematic flare so that it resembles the likes of Hellblade: Senua’s Sacrifice. You must manoeuvre around your opponent, while dodging, blocking, and if you’re skilled enough, parrying. You strike when the time is right and must constantly be aware of the many enemies around you, who can attack at a moment’s notice.  These changes add a much needed depth to the series, so that open combat is seen as something challenging to avoid but still fun to take part in.

A Pinch of Destiny

Destiny really has captured something special. Something that the rest of the industry is eager to get a piece of. So it’s no surprise that we can see some of Bungie’s design decisions implemented in Origins. The eerily familiar menu layout and newly introduced XP system are obvious nods to the MMO FPS. However it is Origins loot system that ends up being the most prominent influence. Throughout the game you’ll constantly receive loot. Better weapons with different modifiers and rarities, outfits than can be equipped, or crafting materials and currency. Enemies and missions now have recommended level ratings, so having the right loot is crucial.

Trying to stealth assassinate an enemy at too high a level will result in you being tossed aside and instantly killed. Loot can be bought with in game or real world currency. Don’t be alarmed, this isn’t pay to win. Useful loot can be acquired regularly just by playing the game. You might find a rare mace while exploring a tomb or acquire a high level bow after killing a captain. Some might say the integration of loot is Ubisoft following a trend, but it actually pushes the player to try various fighting styles and can add a much needed level of challenge. 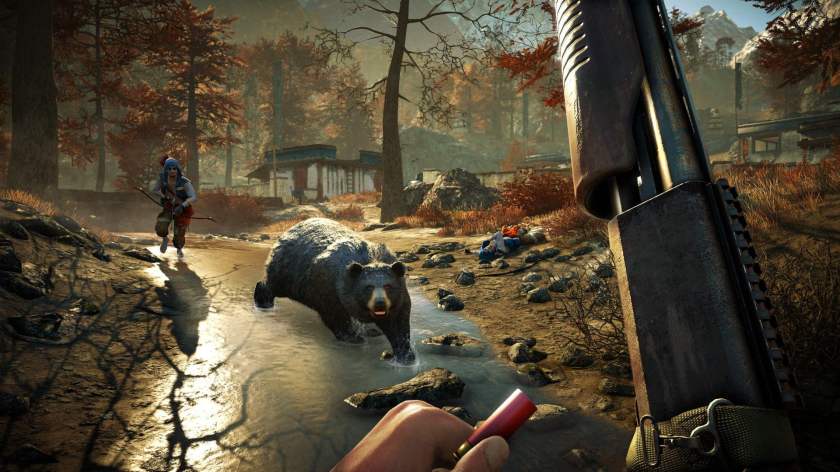 There are many other games that have influenced smaller elements of the game, such as Origins hunting and crafting feeling similar to that of Far Cry’s, but these were the heavy hitters. Some long time followers of the series are disappointed with the changes in Origins, believing they are just an attempt at duplicating what is popular. However I believe these changes are necessary and welcome. The series needed a fresh start, and there is absolutely nothing wrong with building upon and improving elements introduced by other games. Let’s hope Ubisoft has learned their lesson and we continue to see the series thrive and evolve.