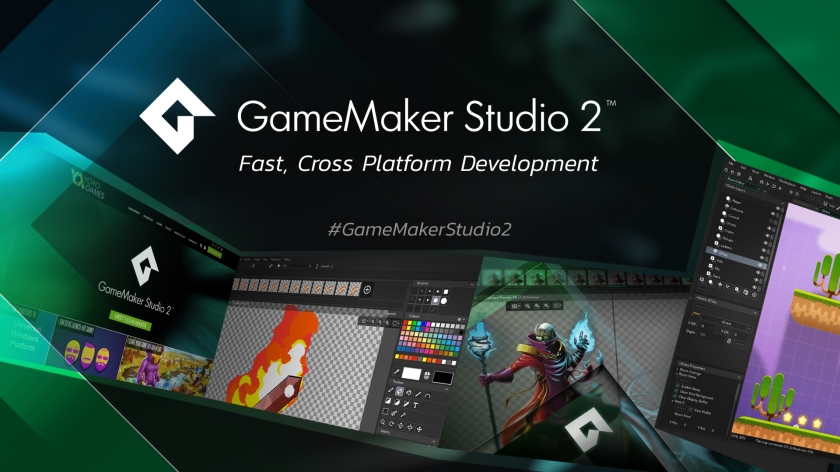 We’ve made a game… sort of.

Do you love games? Of course. You live and breathe games, you play them, you read about them and you even have an idea for your own game. However the actual process of game development seems like a terrifying and unachievable endeavor. Well this series is for you. During this 5 part series I will be researching whether someone with no experience in game development can learn the ropes. This isn’t a guide to get rich quick, or an overly complex lesson from a member of the industry. This is a series written by someone like you, someone who wants to make games but just doesn’t know how.

In each part we’ll break down a specific aspect of game development, so I highly recommend you check out the series previous entries, so you don’t get lost or confused along the way.

Pt. 1 Coming Up With An Idea (Click here to read)

Pt. 2 Save Time, By Taking Your Time (Click here to read)

It’s Easier Than I Thought…

Can you make a video game with no experience? Well considering I haven’t updated this ‘weekly’ series in 7 weeks, you’re probably thinking no. Truth is I’ve been busy. I’ve been creating various content for the website, working on projects that will be announced over the next few months and dedicating the majority of my time to managing the Kickstarter for our book, Video Game Abominations.

But now i’m back and committed to this project and game development in general. I also have good news. Yes, you can make a video game with no experience… sort of. Game Maker Studio 2 creator, Yo Yo Games, provides various online tutorials for learning how to use their software. I’ve been following their beginner tutorial, which I mentioned in the last part of this series. When I started this experiment, I feared that trying to learn how to use game development software, without a teacher or mentor, would be virtually impossible. To the contrary, it has turned out to be relatively easy.

It’s been pretty easy to navigate this software. There are tabs on the top left that let you quickly transition between your programming work space (Workspace 1) and your actual levels in the game (game_room). In the middle of the screen you can see what i’m currently working on. I’m programming the projectiles fired from the playable character. Using Game Maker Studio’s Drag and Drop (DND) features, I’m able to set the direction the character is facing towards the x and y positions of the mouse, and set the speed of this movement to 60 frames per second. On the far right you can see the panel that allows me to manage the different rooms, objects and sound effects I’m using in the game. After a little bit of time with the software, it’s all pretty straight forward.

The reason I say we’ve only ‘sort of’ proven you can make a game is because… all we really did was follow a tutorial. In Part 3 of this series, I broke down every little step in the process of designing my playable character. In hindsight, considering that I was regurgitating the information in the tutorials, Part 3 wasn’t the most effective way of explaining how to move forward. So instead I recommend that you check out Yo Yo Games’ 8 part beginner series for using DND in Game Maker Studio 2. That’s where I learnt all this, and it was incredibly helpful. (Click here to view tutorials).

After completing the tutorial series, this is what I ended up with.

I pretty much followed the tutorial point for point. Although I did make a few adjustments here and there. Obviously I used the playable character I designed in Part 3. I also used different sound effects to the ones the tutorial recommended, the projectile art we acquired from Pixel Game Art, and the font SF Comic Script for my score title.

Through this 8 part series I learned how to create a tonne of things.

This can all get a little confusing, but you”ll get used to these terms over time. Here’s a screen shot of something I created, to make it a little easier to understand. This is some of the programming I did for the enemies in the game.

Wow It All Seems So Easy…

I found Yo Yo Game’s tutorials pretty straight forward to follow, but that doesn’t mean I didn’t mess up a lot. One thing I’ve learned, is that it is very easy to make a mistake, and when you do make a mistake, it is very hard to spot the reason why your game is broken.

Multiple times I would follow the tutorial meticulously and yet not have the same results as them. I often found that a simple spelling mistake or misplaced bracket, caused large chunks of my game to not run properly. I decided to deviate ever so slightly from the instructional videos early on. My head fired slightly less axes per second, than their space ship shot lasers. This didn’t initially seem like a big deal, but later on in development I found enemies were spawning so quickly, it became almost impossible to stay alive for more than a minute.

I also learned a valuable lesson. Any art you create outside of Game Maker has to be exported to the appropriate size it will end up being in the game. I tried to use the Pac Man art I created in Part 3 as my enemies. The images were way too big, and when I tried to shrink them down to fit in the game, this happened.

What it looked like when I tried to resize it.

And when I tried to play the game with these enemies…

Where do we go from here?

So we’ve created our first game using the tutorials provided by Yo Yo Games and a few slight alterations. Let’s call it, Head F**k.

But we don’t want to just copy someone else. We want to create our own original game. If you’ve gone through all the tutorials or checked out my final version of Head F**k, you probably still feel like there are a lot of gaps in your knowledge. There is nothing to stop the player from moving off screen, there is no dialogue, no cut scenes, no complex mechanics. Well that’s the exciting part. With everything we’ve learned so far, I can see how we might create/ add those sorts of things.

So that’s what we’ll cover in Part 5. How to take what we’ve learned and use a little creativity and ingenuity, to take it so much further.