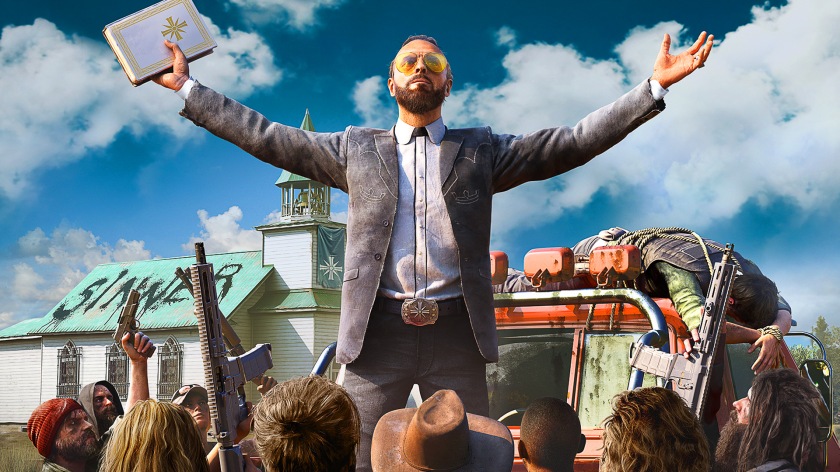 These are our game recommendations for the first half of August 2018.

First person shooters are often seen as the simple man’s game. Run around and carelessly shoot a city full of zombies, aliens or Nazi’s, while seemingly dodging every bullet fired in your direction. Rainbow Six: Siege is nothing like that. In fact it may be one of the most tactile and satisfying games of the last few years.

Platforms: Xbox One, PC and Mobile

In a month’s time it will be 10 years since the release of The Force Unleashed. Yes it looks a little dated in the trailer, but this game stands up surprisingly well. It’s not only got enjoyable hack n’ slash combat, but one of the most interesting stories in a Star Wars video game to date.

Platforms: PlayStation 4, Xbox One and PC.

Somehow the Far Cry series continues to blend chaotic and hyperbolic gameplay, with well written and eerie narratives. The changes made do little to distinguish Far Cry 5 from previous entries in the series, but in our opinion this is still the best FPS franchise in history.

At Quiet Stories we aren’t massive fans of survival horror games, but The Evil Within 2 is just too good to ignore. This third person survival horror/ action game came be played in a linear fashion like its predecessor, or in a more open world style. The choice is yours.

It isn’t the best Tekken game ever, but it’s still a blast to play and master. There isn’t really much else to say about Tag Tournament 2…

Not only is this one of the best Metroidvania games in years, but it’s arguably the best Dark Souls clone ever made. From the stoic architecture of the world, to the lost souls you must slay, to the impermanence of death, to the narrative as a whole. This is Dark Souls meets A Bug’s Life. The art may be a little more kid friendly, but the challenge isn’t.