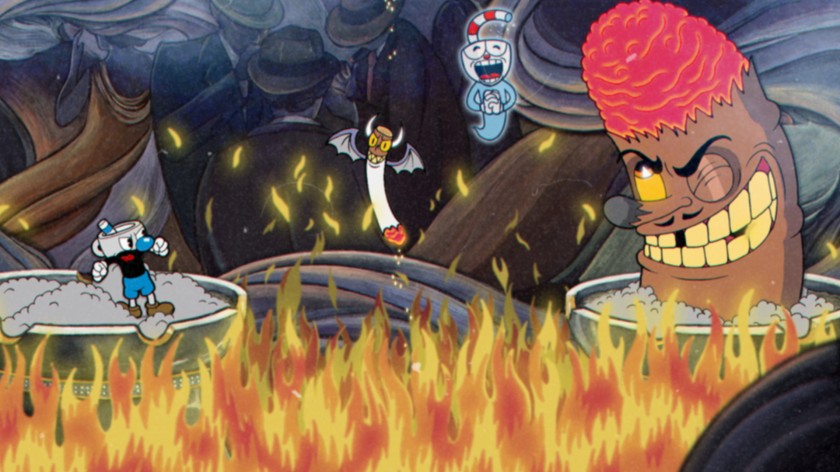 Today we wanted to discuss a few things, like; being lonely on Christmas, the end of Prepare to Try, and our favorite multiplayer experiences of 2018.

It’s December 23rd. One day until Christmas Eve. We here at Quiet Stories love Christmas; the magic, seeing family and celebrating the holidays. However we wanted to start this weeks blog by acknowledging the situations of an unlucky few. Some of you might be away from your family this Christmas, you might even spend it alone. So to you, we hope you still have a very merry Christmas and leave you with this famous quote from Oscar Wilde.

“I think it’s very healthy to spend time alone. You need to know how to be alone and not be defined by another person.”

Hopefully, in some way, this helps. It’s definitely helped me from time to time.

Next we wanted to say a solemn and heartfelt farewell to Prepare to Try. For those not in the know, Prepare to Try was a Let’s Play series run by IGN’s UK office. However hosts; Gav Murphy, Rory Powers and Daniel Krupa are leaving IGN just after the holidays. Prepare to Try was an amazing series, and I even wrote a piece about how without them I may never have seen the worlds of Dark Souls and Bloodborne.

We wish them the best of luck for their future endeavors.

Finally, this week we’ve been paying attention to all the awards being given out among the industry. So we decided it would be fun, as single player game developers, and single player game fans, to write our list of the best multiplayer experiences we had in 2018. This is our unofficial, and totally unqualified Multiplayer Game of the Year List.

The games don’t have to have been released in 2018, these are just the best social experiences we had this year. Also, these are in no particular order.

Let’s start with a rather obscure title. Speed Runners was released by Tiny Build. The same guys who worked on Mr Shifty and Hello Neighbour. It’s a fast paced 2D racing game, where you navigate superheroes through simple platforming levels. It’s straight forward in premise and is relatively easy to pick up. But thanks to an abundance of power ups, fast paced movement and an ever shrinking amount of screen space, you’ll find a solid co-op experience to jump into when you only have a few minutes to spare.

Another recent classic is Nidhogg. Many gamers are initially put off by its minimalist art style. Yet Nidhogg shows that you don’t need all the bells and whistles of modern gaming. It doesn’t matter whether a game has breath taking visuals or a carefully woven narrative. A game that is fun to play, is a good game. Two combatants enter into a duel. With nothing but swords and your own wits, you must defeat your opponent (or slip past them) and make your way to the end of the arena. It’s a simple premise, but one that can provide hours of fun. Do not underestimate this gem.

Platforms: Xbox One and PC

Cup Head may only be a year old but it has already captured many gamer’s hearts. The entire game, which focuses on challenging boss fights, has been hand drawn and animated with a 1930’s style in mind. But don’t let Cup Head’s charming aesthetic fool you. This was one of our most challenging games of the year. Sure you can tackle it alone, but with drop in/ drop out co-op, you can share the frustration with a friend. And even if you don’t typically play 2D run and guns or punishing games in general, I urge you to persevere. The unique and inventive stages of each boss give you a reason to keep playing. Even if it’s just to see what appears next.

If you’re looking to be overwhelmed by swarms of enemies, Housemarque is your kind of developer. Resogun, Dead Nation and Super Stardust HD. They are all fantastic co-op, arcade experiences… but nothing beats Alienation. It’s all on you and up to 3 buddies to save earth from an alien scourge. You won’t get a thrilling narrative, but you can expect chaotic fun. Explosive kills and dazzling particle effects blend in with a sea of enemies to mow down. The destructive encounters are tied with a basic but competent loot system that ends up amounting to a solid shared experience.

Yes this is an older title. So don’t expect modern graphics or revolutionary mechanics. Technically though it was released on current gen hardware, so it makes the list. Ultimate Alliance 2 is a pretty generic action game that retells the story from the Secret War and Civil War comics. By all accounts it is an average game, but everyone likes at least one Marvel character. Whether it be Captain America, The Human Torch or Wolverine, and this is one of the few games out there that has all of them. Don’t play this game alone. Find a friend who maybe wouldn’t play video games but loves Marvel. And show them how fun gaming can be. Plus it’ll give you a refresh for Nintendo’s upcoming Ultimate Alliance 3.

Of course we saved the best for last. Rayman: Legends is arguably one of the best platformers in the last decade. It has solid level design, a dazzling paint like art style and one of the best implementations of rhythm based music levels ever. I could go on and on about how satisfying an experience you’ll have with Legends, and you might do the same with your friends. So why not invite them over to play. This whimsical adventure is at its best when it is shared.

Tekken has become crazier and crazier over the years but the moment to moment combat is still fantastic! (If you can’t tell, my hand has started cramping…).

Have you popped over to your mates and are literally just trying to kill some time? Why not mow down some gargantuan insects?

I have such mixed feelings about Monster Hunter: World. We talked about it earlier in the year on the Fist Fight podcast. Alone it was a slog, online didn’t improve it very much, but the constant grind is actually a good meeting place for weekly catch ups with friends. It’s also a good time to jump back in, with the upcoming Witcher content being added in January.

The final entry on our list is Onrush, a spiritual successor to games like Burnout and Motor Storm. Drive fast and drive reckless, because this isn’t a cruise through Forza: Horizon 3.

But anyway, that’s it for me this week. Merry Christmas everyone!