I could start this piece off in a variety of ways. Why are arcade games dying? Why is the Souls series so successful? Why are gamers and games themselves fundamentally different now, compared to how they once were?

But instead I will start off with a personal example. I was born in 1996. So by the time I understood what video games were and finally convinced Santa (my parents) to get me a gaming console for Christmas, we were already a few years into the PS2’s life cycle…

Crash Bandicoot is not Fun.

Now at the age of 21, I consider Naughty Dog to be one of the most talented developers in the industry. Yet as a kid I never played the original Crash Bandicoot games. With the release of the N’ Sane Trilogy, I planned to make amends.

However despite the revamped graphics, I did not enjoy my time with the remake of Naughty Dog’s PS1 trilogy. A paper thin story, simple game mechanics and little context for what I was doing. These were all issues, but not experience-ruining issues. I didn’t enjoy Crash, because it was hard.

Some of you might criticize me for complaining. Yes there are possibly harder games out there, and yes perhaps this was an issue with my personal gaming abilities rather than the game itself.

But you can’t deny that it isn’t fun to repeat the same sections of a level over and over. Dying time after time, often due to missing a jump I was positive I could make sucks.

That didn’t stop me beating the game. I adopted the ‘get gud’ attitude, learning off by heart specific level segments, boss move sets and jump timings. However Crash’s difficulty took away from my enjoyment of the experience.

Gaming used to be about the challenge

From arcade cabinets, to the SNES, to the Playstation 1, gaming at its core stayed relatively the same. Sure perspectives changed from top down shooters, to 2D side scrollers, to 3D platformers. But whether it be Asteroid or Super Mario 64, games were challenging.

Stories on the other hand were shallow at best or non-existent at worst. We didn’t know better at the time, but visual and sound design options were limited. The product relied entirely on its gameplay.

To lengthen the time it took you to beat the game, games were inherently designed to be challenging. You would need to learn the precise timings and strategies for each new enemy or obstacle. This goes back to the days of arcade cabinets, where games were designed to be difficult. If games were easy, you’d beat them and move on, never giving that particular arcade machine another cent.

Video Games weren’t for everyone, and if I had grown up back then, I don’t think I would have enjoyed video games. You had to have a particular desire to be challenged, and a certain amount of free time to continually hone your skills. Perhaps this is why gaming was seen as a relatively niche hobby during the 80’s and 90’s. 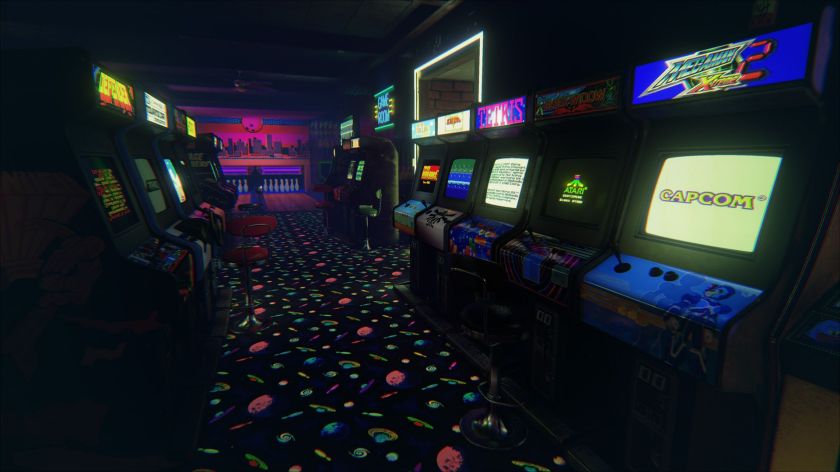 However during the late 90’s and early 2000’s gaming began a slow but inevitable shift. Gaming grew in popularity, technology advanced and game developers matured. Because of this the desire to tell deeper stories within games grew. Games like Metal Gear Solid and Grand Theft Auto 3 helped pioneer this story focused movement within gaming. Games could still be challenging and fun to play, but they could also be cinematic and complex narratively.

And that is the time in which I grew up. A time when games were becoming cinematic and plot focused. To me and my friends, video games weren’t a toy. They were a viable medium for storytelling, just like books and movies. Gaming began to draw in a far broader audience, an audience who weren’t interested in the likes of Mega Man and Castlevania. However this new wave of gamers grew frustrated with the difficulty of games, unable to enjoy the narrative experience due to complicated gameplay segments. And so difficulty sliders were added to most mainstream titles. A game could be as easy or as hard as you wanted it to be. Catering to the challenge-loving gamers of old and the newfound audience who wanted to enjoy the story.

A similar transition can even be seen now. Gaming is growing even larger thanks to the shared world movement. There are new audiences who weren’t interested in the challenging experiences of the 80’s and 90’s or the story focused experiences of the last two decades. They enjoy playing a match of Player Unknown’s Battlegrounds or Call of Duty: Zombies with some buddies, or perhaps tackling raids with their fire team in Destiny 2. They want social experiences.

That is something many gamers and long-time members of the industry forget. With Housemarque’s new focus on online multiplayer titles, many are claiming this is the death of arcade games. Maybe it is. And if it is, it isn’t hard to understand why. Around 70 million Playstation 4’s have been sold. But of those 70 million gamers, some of them will have grown up with story focused games like Uncharted. Some of them will have grown up with social experiences like Destiny. And an ever dwindling amount will have grown up on challenging arcade experiences. Sure there are more gamers than ever, but not all of them have the same nostalgia or interest in that particular way of playing games.

How Dark Souls and Cup Head Satisfy Everyone

Perhaps that is why Dark Souls and Bloodborne have seen such monumental success. They manage to blend the challenging nature of games from the 80’s and 90’s with modern gameplay, cinematic set pieces and deep storytelling. They draw in two different types of gamers, and perhaps their influence helps the growth of other genres. By providing a mixture of both elements, it may convince younger story focused gamers to play more challenging games and vice versa.

Although I respect their quality, I take no enjoyment in playing the likes of Crash Bandicoot or Mega Man. However the existence of easier, narrative driven games has shaped me into a gamer, and because of those experiences I still give more challenge focused titles a go. Take Cup Head for example. It can be extremely hard and is not the type of game I would typically play, but because of excellent game design and an incredibly unique visual and sound aesthetic, I find myself enjoying the experience, despite its unforgiving nature.

So no. If I had grown up before the 2000’s I wouldn’t be a gamer. I don’t enjoy the games that many industry veterans call masterpieces, but that’s ok. Gaming has evolved considerably and will continue to do so in its quest for mainstream appeal. Some gamers want a challenge. Others like myself don’t have the time or desire to repeat the same level over and over. With a busy work schedule and limited free time, I want to have fun and enjoy a story. While others will skip every cut scene so they have more time to play with their friends.

The best part is that every one of those options is ok. We’re all gamers, even if we have completely different reasons for loving the medium.