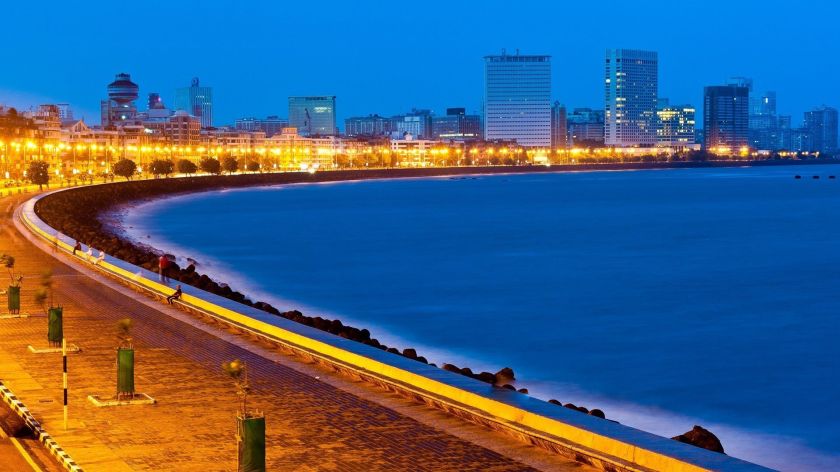 We often don’t reflect on our personal culture in a thoughtful and questioning way. Yet our culture defines nearly all aspects of our lives. Culture, “ranks what is important, furnishes attitudes about what things are appropriate, and dictates behavior,” (Varner & Beamer, 2011, p. 10). There are so many things that can be attributed to and relevant to what we perceive our culture to be. I was born in New Zealand, have lived in New Zealand my whole life, yet my parents are British immigrants. I’m a white male, I’m not religious and I personify many of the traditional Kiwi male stereotypes. When I think of my ethnic culture, I refer to myself as a New Zealander.

I recently spoke to a friend of mine, Henry (I’ve decided not to disclose his real name). Henry was born and grew up in Mumbai, speaks with a strong accent and didn’t immigrate to New Zealand until he was 27. He and I have many cultural differences, but he also refers to himself as a New Zealander. How do two individuals, from different ethnic cultures, with different ways of communicating and viewing the world, come to see themselves as the same, despite countless differences?

How Do We Define A New Zealander?

In regards to ethnic culture, it’s hard to pin down what a New Zealander actually is. Rahman and Brown (2017) discuss the ambiguity of New Zealand’s native people. It is thought that the Maori, often referred to as New Zealand’s indigenous people, were originally immigrants from Taiwan. They are thought to have arrived in New Zealand in the 13th century. European immigrants began colonizing the country in the 17th century. This country was established by a constant flow of immigrants. Even now a quarter of New Zealand’s population are immigrants. The fact that I was born here and Henry wasn’t, arguably has no impact on our individual right to see ourselves as a citizen of this country.

Growing Up In Mumbai

Henry was born in Mumbai, just as his parents were. His father traded in cardboard related materials and his mother was a home maker. Growing up, he was no stranger to intercultural communication. Intercultural communication is now, more than ever, a requirement. With the rise of globalization and technology it is more common place than ever to interact with others who share vast cultural differences to yourself (Samovar, Porter & McDaniel, 2011). Henry spoke to me of how religion and culture are two very different things in Mumbai. He views himself as a Hindu culturally, but his religion is Jainism. However Mumbai also hosts a variety of other cultures including; Muslims, Christians and Buddhists (Culture of Mumbai, n.d.). Henry spoke of how despite the fact that most of Mumbai’s citizens were Indian, he often met many who spoke an entirely different language to him, or held different cultural values. Within Mumbai there are an abundance of languages, including; Marathi, Hindi and English.

Henry was no stranger to interacting and understanding the cultures of others. Because of this aspects of his own culture began to evolve and mature due to such interactions. Not only did he grow up with a variety of cultures and religions in his own neighborhood, but western entertainment became available while he was in his 20’s. He spoke fondly to me of his enjoyment of the television series Friends (1994 – 2004), and believed that shows such as this strongly affected gender roles within his community. His grandfather’s word was law when it came to his relationship with Henry’s grandmother, yet the dynamic between Henry and his partner is far more equal. Shows like Friends showed Henry’s generation that men and women in a relationship should consult one another and treat each other as equals. Of course this is just Henry’s personal experience. Change had been slowly arising for some time, with Indian women’s rights groups having made great strides for equality following the Mathura rape case in the late 1970’s (Rani, 2017). It isn’t uncommon to see inter-generational change within cultures either. The Chinese concept of filial piety has lost importance amongst the children of elderly Chinese migrants according to Rahman and Brown (2017). As we are exposed to other cultures, our own cultural viewpoints may, for good or bad, adjust.

Why Immigrate To New Zealand?

In Mumbai Henry had a well-paying job and a home. So I asked him why he decided to move to New Zealand. Common factors for immigration include low personal income, declining living standards and economic stagnation (Liu, Gallois & Volcic, 2011). However none of these seemingly applied to Henry. He merely had a desire to gain his Master’s degree abroad. Initially he intended to move to the United States, but post 9/11 there had been a massive focus on the idea of ‘them’ vs ‘us,’ (Appiah, 2006). After he and his family had been granted asylum in the mid 1990’s, Mohammad Ali was separated from his family, detained for 7 months and sent back to Bangladesh in 2003. He never saw his family again, merely because his lawyer had filed his paperwork incorrectly (Kampf and Sen, n.d.). Stories like this and the astronomical rates of violence in the United States led Henry to consider other options. After spending some time deciding between Australia and New Zealand, he moved here in 2005 with his wife.

Jandt (2010) discusses the opinions on immigration held by countries of varying economic wealth. Research shows that a majority of countries favor the benefits of free trade and multinational corporations, but think there should be tighter restrictions on individual immigrants. Most countries fear that the embracing of immigrants will endanger their cultural traditions, values and identities. This insecurity over cultural and self-identity is something that plagues countries like America and Britain. Yet individuals like Henry weren’t looking to immigrate so that they could overthrow the cultural values of another country. He wanted to embrace them. This isn’t to say that all immigrants share this viewpoint. Liu, Gallois & Volcic (2011) note the nature of Diasporas, who ignore the culture of their new environment, and remain in close nit groups with others who share their cultural upbringing. Henry noted knowing many from India who fit this demographic. He knew of many other Indian migrants who stayed within their comfort zones, only socializing with others of Indian descent and uninterested in learning more of New Zealand culture. Henry decided to do the opposite. He realized that if he truly wanted to make New Zealand his home and be embraced into its communities, he would have to socialise with others very different to himself.

This isn’t necessarily easy. As stated, many are against immigration. Henry has been spoken to as if he was uneducated in English, due to his thick accent, and has had racial slurs thrown at him while walking down Queen Street. According to him, racism is unavoidable when entering a new culture. You need to grow thick skin, and accept its existence, or you don’t deserve to be a part of the culture you are trying to be accepted by. He isn’t the only one who has faced such troubles. Avi Jayapuram, a New Zealander with Indian heritage, was verbally assaulted, racially insulted and threatened with violence after another driver hit his car and he tried to resolve the situation (Leahy & Carter, 2018).

Oetzel (2009) discusses how identity is socially constructed. Like other social constructions, identity is subjective, flexible and defined periodically through interactions with others. That’s exactly how Henry viewed culture as well. He discussed with me how he views new cultures as learning experiences. According to him, just because you start learning how to swim doesn’t mean you’ll forget how to ride a bike. He equates this philosophy to his relationship and balance between the cultures of Mumbai and New Zealand. He also believes that it takes effort and time to understand others. While studying his Masters at AUT, he decided to work in a call center. He chose this job specifically because it helped him pick up on the slang, tone of voice and values of New Zealanders he spoke to over the phone. He learned that the speed and volume at which he talked, which was common in India, was not common in New Zealand. Going forward he made a conscious effort to slow his speech and lower his voice when speaking to New Zealanders, while staying consistent with how he spoke with Indians. As Oetzel put it, his identity would adjust depending on the situation.

Simon Clarke (2012) poses poignant questions. Who determines our culture? If so, for what purpose? Do we have a say in who we are and who we want to be? Henry believes himself to be a New Zealander. He received permanent residency here over a decade ago. Who am I to say he isn’t? Yes I was born here, but my parents weren’t. Is it the place of white individuals whose families have been here for generations? Their ancestors were immigrants. Even the ancestors of New Zealand’s indigenous people were immigrants. If we look to the individuals who we respect, who we say represent our country, many of them are the ancestors of immigrants. Sir Edmund Hilary and Peter Jackson’s parents were British immigrants. New Zealand pop sensation Lorde’s family originate from Croatia and Ireland. On BBC Radio, Appiah (2016), discussed how the father of modern Russian literature, Alexander Pushkin, is the great grandson of an African Slave, who went on to be a respected Russian general. Henry’s daughter was born in New Zealand and who’s to say she won’t go on to be an influential and beloved New Zealander, whose father just happened to be born in Mumbai.

The Difference Between Henry And I

Henry’s views on ethnic culture left me feeling humbled. He has both embraced a new culture and stayed true to who he was and where he came from. He doesn’t view culture as a right, but rather a privilege that must be worked towards. Hearing his story reminded me of my travels to England in 2016. I was born in New Zealand but my parents and grandparents all emigrated from Britain. They have also embraced New Zealand culture, while still valuing British culture. I always considered my British heritage a part of my ethnic culture, however when I moved to England at the age of 20, I was overwhelmed by culture shock. Ting-Toomey and Chung (2012, 2005) break down what culture shock is and its impact on the individual. When suddenly introduced into a new culture, you may be bombarded by feelings of loneliness, depression, isolation and cultural awkwardness. I can safely say that such emotions flooded my system in the first few weeks of moving overseas. Simple differences in architecture, fauna and customs made the world feel alien and uninviting. I was yelled at by strangers for not knowing the etiquette in a cafeteria or how to navigate the public transport system. It made me question whether England did have any place in my cultural identity.

Having had that experience, Henry’s journey became even more admirable. I moved to a country similar to my own and felt alienated. Henry moved to a country that was extremely different, and flourished. Henry’s story and my own experiences have led me to personally believe that where your family comes from is far less important than your own proactive approach to embracing a culture. I view myself as a New Zealander, and I view Henry as one too.