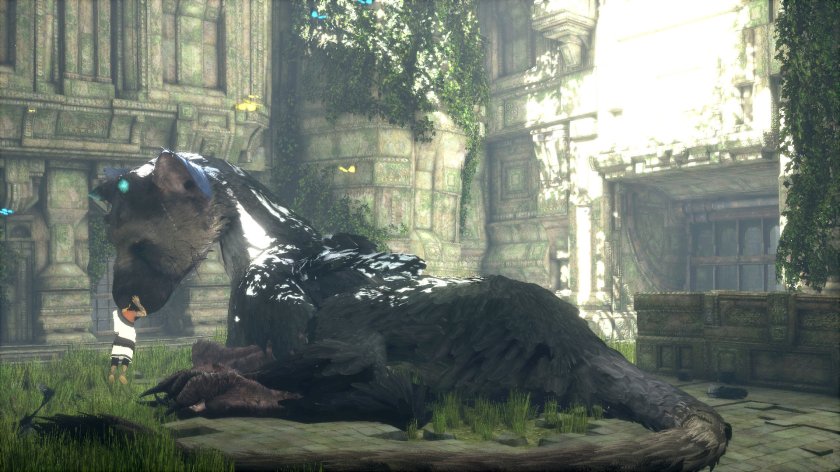 A little while back I helped the GoombStomp team vote on their top 100 PlayStation exclusives of all time. Here are the capsules that I personally contributed!

The Sly trilogy was a remarkable achievement of its time. It took the 3D mascot-platformer, which dominated the early 2000’s, and added a unique edge by adding in the mechanics of a stealth game. Sly 2: Band of Thieves is arguably the best game in the series, but Honour Among Thieves was still ahead of its time. It took the mechanics and open world sandboxes of the second game, and added a cast of new playable characters. Sly 3 was about bringing a team together. By finding a new family, you came ever closer to the family you lost.

If Pokemon is baby’s first RPG, then Sly 3: Honour Among Thieves is baby’s first stealth game. You’ll try out the costumes/disguises you’d find in Hitman, the stalking and pickpocketing of Assassin’s Creed, the rooftop scrambling and love for the shadows that you’d need in Thief, and the abundance of gadgets and options popularized by the Dishonored series. Sly 3 is the reason I love stealth games, and if it wasn’t for Sony and Sucker Punch, many more kids would have grown up without love for this genre too.

Team Ico’s PlayStation exclusive trilogy, will go down in history as some of the greatest works of art Japan has provided this industry. The often forgotten cult classic Ico, the groundbreaking PlayStation 2 masterpiece Shadow of the Colossus, and the long in development final chapter, The Last Guardian. The Last Guardian is perhaps the most curious of the three. Originally slated to be a PlayStation 3 exclusive, it instead endured over 10 years of development hell before finally, and quietly, releasing onto the PlayStation 4.

It didn’t make as great a thud among the masses, as Shadow of the Colossus once did, but for those who played it, it was just as magical. There is a certain charm and whimsy which so few developers seem able to craft. Like a Studio Ghibli film, there is a wholesomeness to The Last Guardian. A mysterious boy and a mysterious creature. They are intertwined by fate, relying on each other to escape the cavernous depths they’ve both become lost in.

You play as the young boy, unable to fight or traverse many of the obstacles ahead. It is only by forming a bond with the creature dubbed Trico, that you can solve the world’s many puzzles. That is The Last Guardian at its core, a puzzle game. However, it is a puzzle game with so much grandeur, so much love, and so much meaning. Some found Trico and his at times erratic behavior cumbersome and annoying, I found the realism of trying to work with a wild animal, simply magical.

There is no other game like The Last Guardian, not just only a Sony platform, but on any platform. That is why it deserves a spot on this list.

Amongst the gaming press, Mario and Zelda are hailed as legends – masters of their craft. They are the games an entire generation grew up with. The games that inspired children to go out into the world, with the goal of either covering games media or developing games themselves. They are in many ways childish, geared towards a younger audience, but designed in a way that someone of any age could enjoy themselves.

Over the years these individuals grew up, looking for more mature experiences, but still held a place in their heart for Nintendo’s nostalgic franchises. One day Jak 3 will be viewed in the same way. Upon release, it catered to a young teenage audience. It was kid-friendly, but simultaneously angsty. Many reviewers who grew up with Mario and Zelda turned their noses up at Naughty Dog’s flagship PlayStation 2 series. Criticizing it for catering to individuals younger than themselves. But for video game writers and aspiring game developers of my generation, this is one of the games that we will hail as a masterpiece in years to come. Its Pixar-like animation style meant our parents were willing to purchase it for us, but the grittier tone the series leaned into as it progressed was quite frankly, “awesome,” in the eyes of my 10-year-old self.

Jak 3 took the series from its origins as a simple 3D platformer, and offered two fully explorable open worlds, Haven City and the Wasteland. Gameplay was diverse, with over a dozen unique weapons, with various eco abilities mixed in for versatility and an abundance of vehicles. It was a platformer, a racing game, an action game, and an open world GTA clone, at a time when many of us were too young to know what GTA even was.

Jak 3 was a masterclass in game design, open world design, and storytelling. It inspired a generation. The only reason it is not spoken about commonly with such high praise, is that the generation who loved it have yet to have their voices heard.

For the complete rankings, check the links below.